Ingenium is a Canadian organization that represents three museums in Ottawa (Science & Technology, Farming & Agriculture, Space & Aviation). All three of the museums are organized within the Ingenium website.

Why did I work for them?

They had acknowledged that their current website was not meeting their expectations or leaving all of their users satisfied. Through user research, and testing I was asked to discover where the pain points were on the website to resolve them by proposing new designs and testing them.
CONTEXT

How were people getting to the site?

Tools like HotJar were used to determine how users navigate the website based on where they click and how they scroll through the page. Google Analytics was used to see the most common navigational paths that people took within the website, and how people entered the website.

With this information it was determined that more than three quarters of the people that entered the Ingenium website, were entering via one of the particular museums.

were landing at one of the museum pages

were landing at the Ingenium homepage
PROBLEM ONE

Users were unaware of the relationship between Ingenium and Museums

Through user testing it was discovered that a lot of people did not understand what Ingenium is and how it is related to the museums. The website was structured with the expectation that people understood that the 3 museums were all related under one organization. This lack of understanding as to how the museums and Ingenium are related, caused confusion among many users.

Additionally, an about section was added as a component on the main Ingenium home page, and each of the museum home pages. These additions alone did not fix the issue of helping users understand the relationship between Ingenium and the museums, but it was the first step, along with another step that is explained below.
PROBLEM TWO

The navigation bar on the website did not help promote understanding as to where the user was on the website. Users most commonly entered the site from Google into a section within a museum, and expected that they were only viewing and navigating between information that was related to that particular museum.

However, if they used the navigation bar with the intention of exploring more areas within this museum, it often brought them to a page where they were able to see information about all three museums. The navigation bar was not informative as to their location on the website, and it brought users to areas of the website that they did not anticipate. 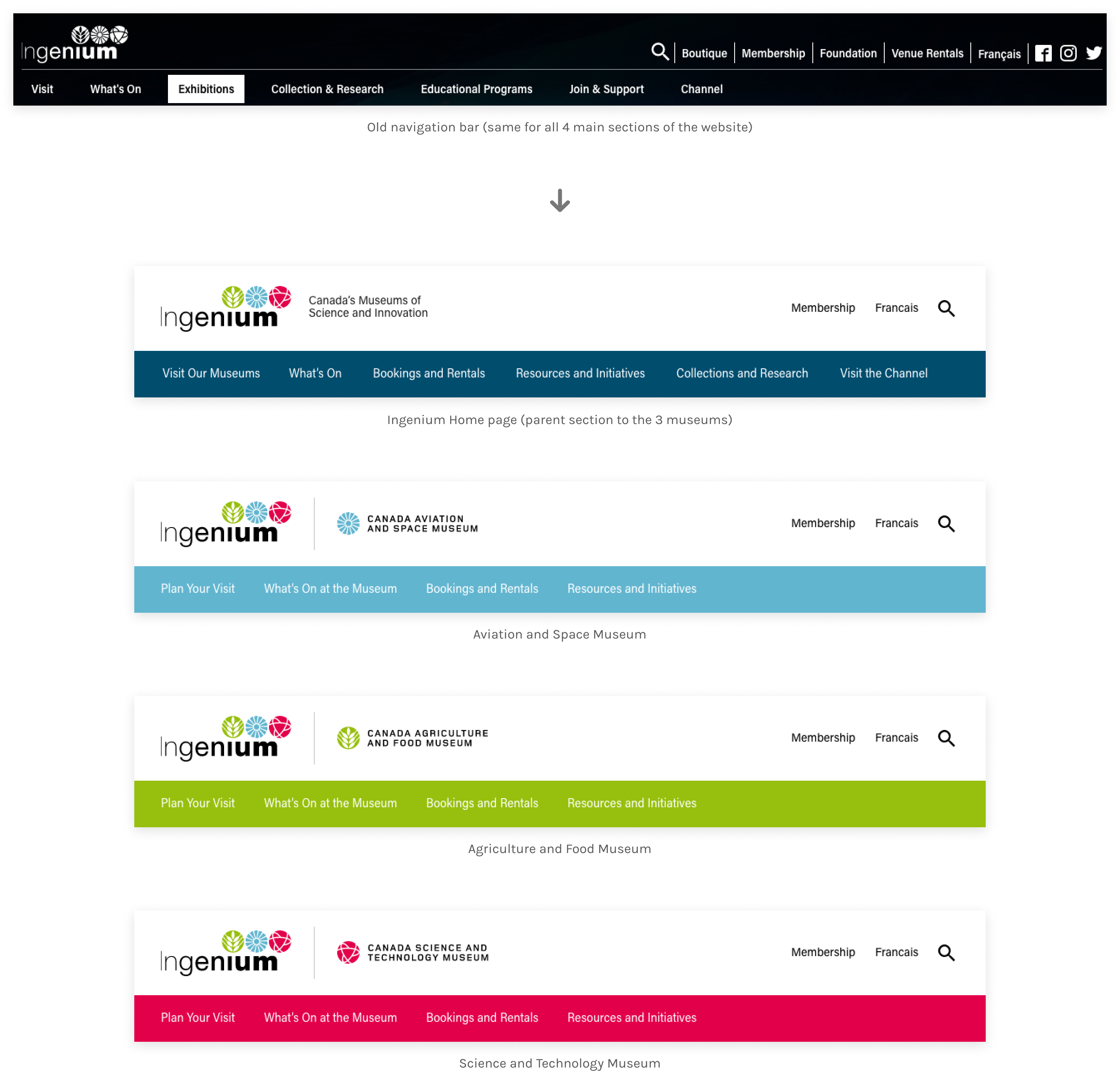 Critical information was too difficult to find

With Hotjar it was determined that many people were coming to the website often to find three key points of information: the address of the museum, the entry price, and its hours of operation. Most of this information could be found within the "Visitor Information" (highlighted in red in the image below). This information was often missed by many users due to a lack of visual hierarchy and separation. 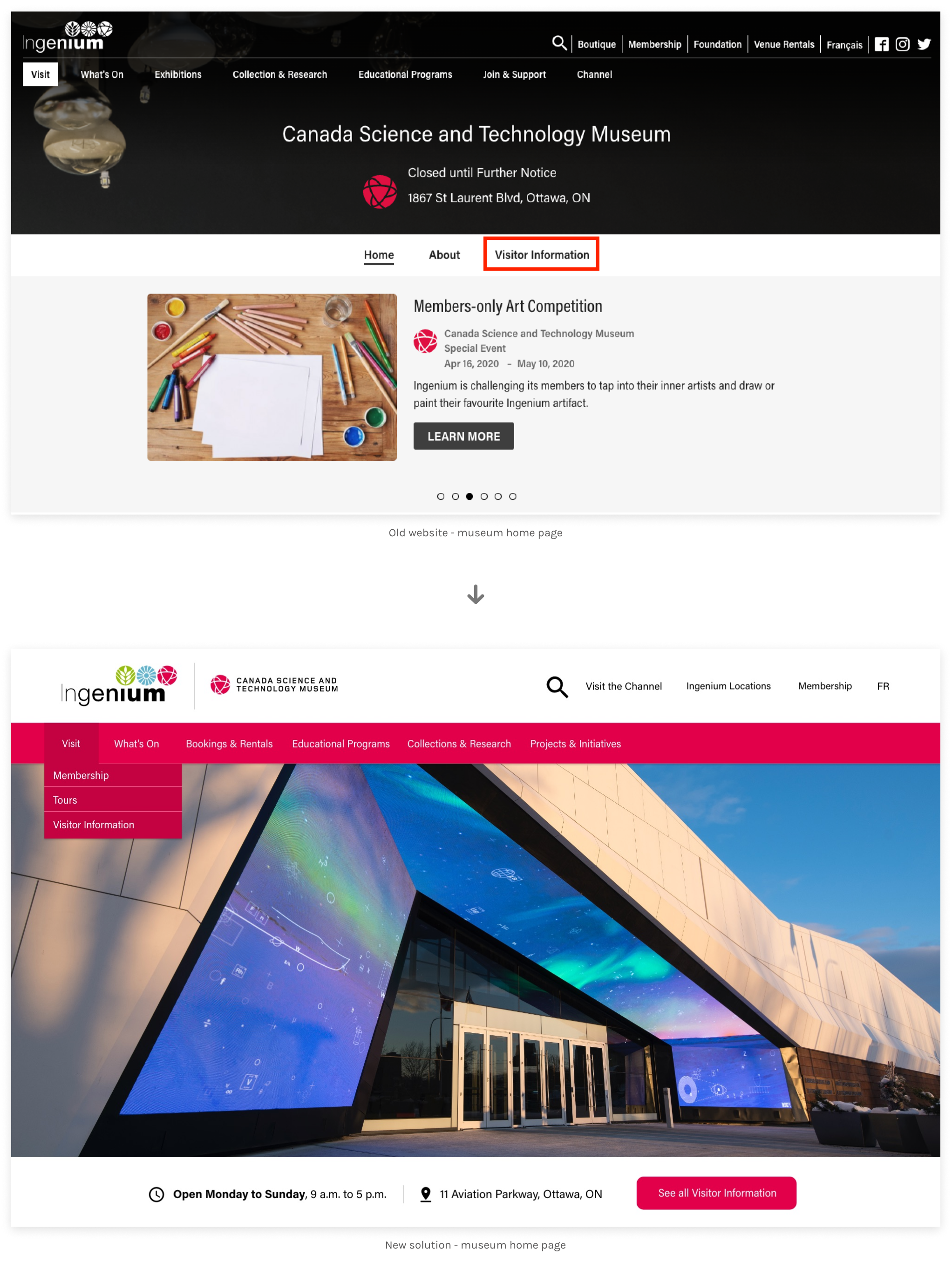 The visitor information was brought into the main navigation bar and was placed under the heading “Visit”, based on data from the people we had surveyed on where they would expect it to be. Additionally, it was included on the page as a button with a contrasting colour to give users two different opportunities to discover this information.
KEEP EXPLORING

Want to see more of my work?